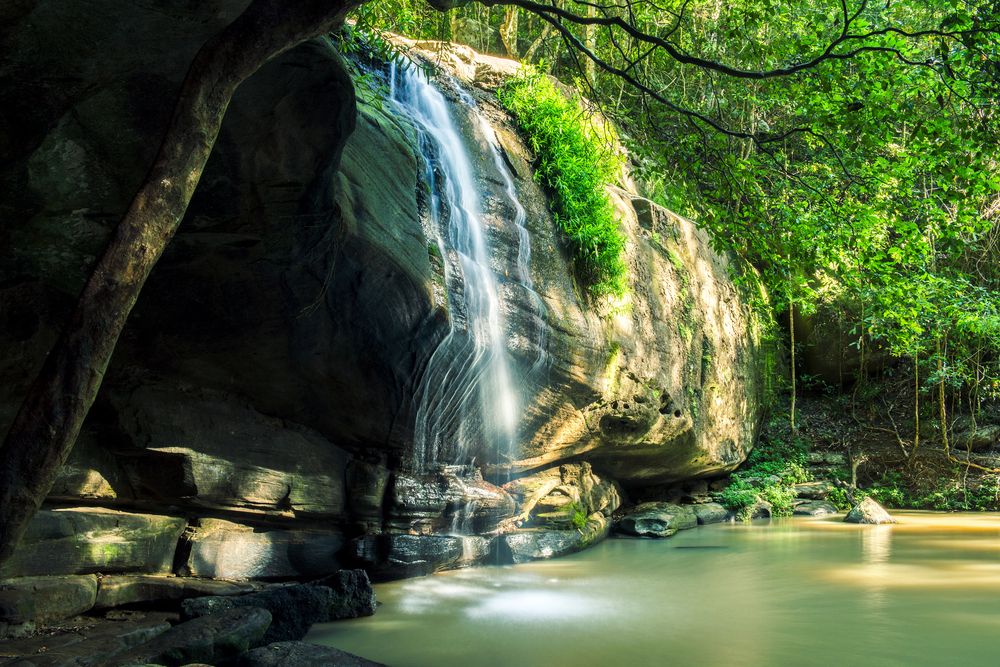 Escape into the greenery and coolness of Buderim Forest Park during your stay on the Sunshine Coast. Described as the hidden jewel of Buderim Mountain, the Forest Park is a nature lover’s wonderland with a boardwalk with viewing platforms through the subtropical rainforest.

This 45 hectare secluded oasis is less than a kilometre from the Buderim Village and only 7 kilometres from Alexandra Headland. Buderim Forest Park is a rainforest world of tall trees, ferns, babbling waterfalls, cascades and bird calls.

Here you can walk on the elevated path as it follows the meandering brook through subtropical rainforest and marvel at the wondrous Strangler Figs. Once the boardwalk comes to an end, keep following the trail running through dense bushland along the creek, past babbling cascades and ultimately to Buderim Falls.

At the waterfall there is a high arch bridge spanning the creek above the actual falls where you get a bird’s eye view of the tumbling water. The falls were a favourite recreational place for the region’s indigenous people and have been unofficially named “Serenity Falls”, but are widely known as the Buderim Falls.

The lower Lindsay Road entry begins with a huge park, where there are electric barbecues and picnic tables available.

The Sunshine Coast is blessed with a beautiful lush hinterland and many national parks in the region for you to get out and explore by foot. Plan your next Sunshine Coast Holiday to the centrally located Alexandra Headland, and stay at The Mirage Alex, close to a patrolled surf beach and all amenities. BOOK NOW